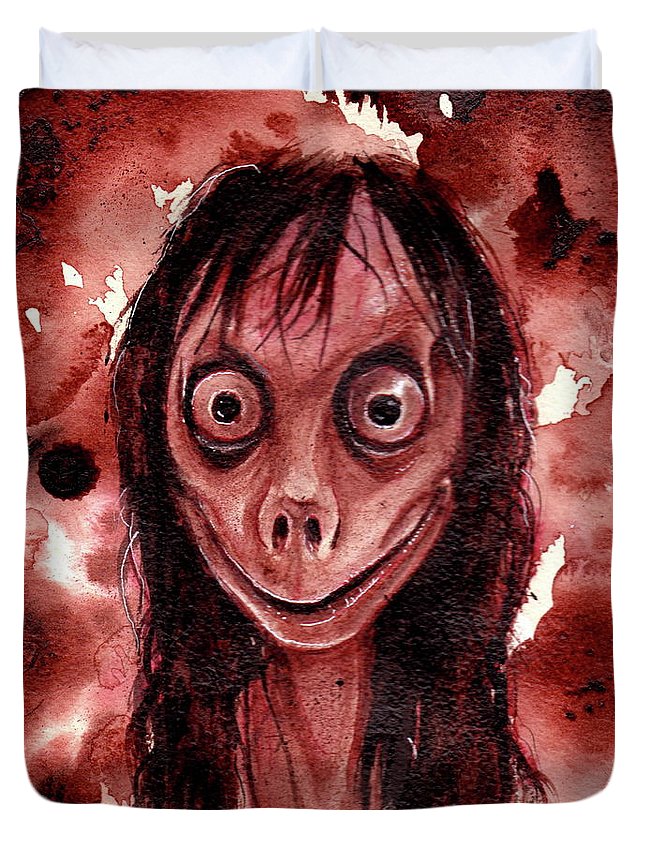 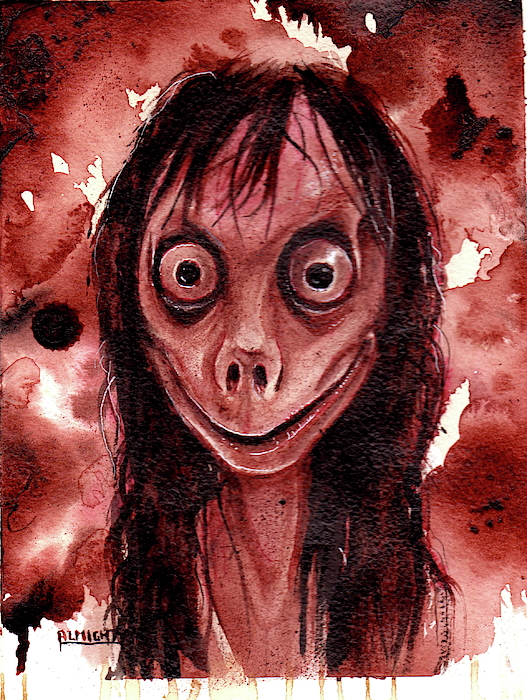 Queen duvet cover (88" x 88") featuring the image "MOMO dry blood" by Ryan Almighty. Our soft microfiber duvet covers are hand sewn and include a hidden zipper for easy washing and assembly. Your selected image is printed on the top surface with a soft white surface underneath. All duvet covers are machine washable with cold water and a mild detergent.

Ryan Almighty's tribute to MOMO Images of a demonic chicken lady are stoking panic across the globe, with warnings of a dangerous “suicide game” that targets children on social media. But behind the hysteria linked to the so-called “Momo challenge” is an issue far more revealing: This urban legend is likely little more than a hoax fueled by media reports and parents’ fears about their kids’ online activity. Momo challenge It’s no wonder why the Momo challenge has been able to capture the fears of adults with a mythical force that’s persisted for months. The headlining image for the “challenge” is undeniably creepy — the stuff of nightmares for children and adults alike. It’s as if someone combined Voldemort with a bug-eyed version of the girl from The Ring and inexplicably decided her cleavage should transition into oversize chicken legs. And the underlying challenge, with its messages supposedly encouraging kids to commit violence and self-harm, would be far...