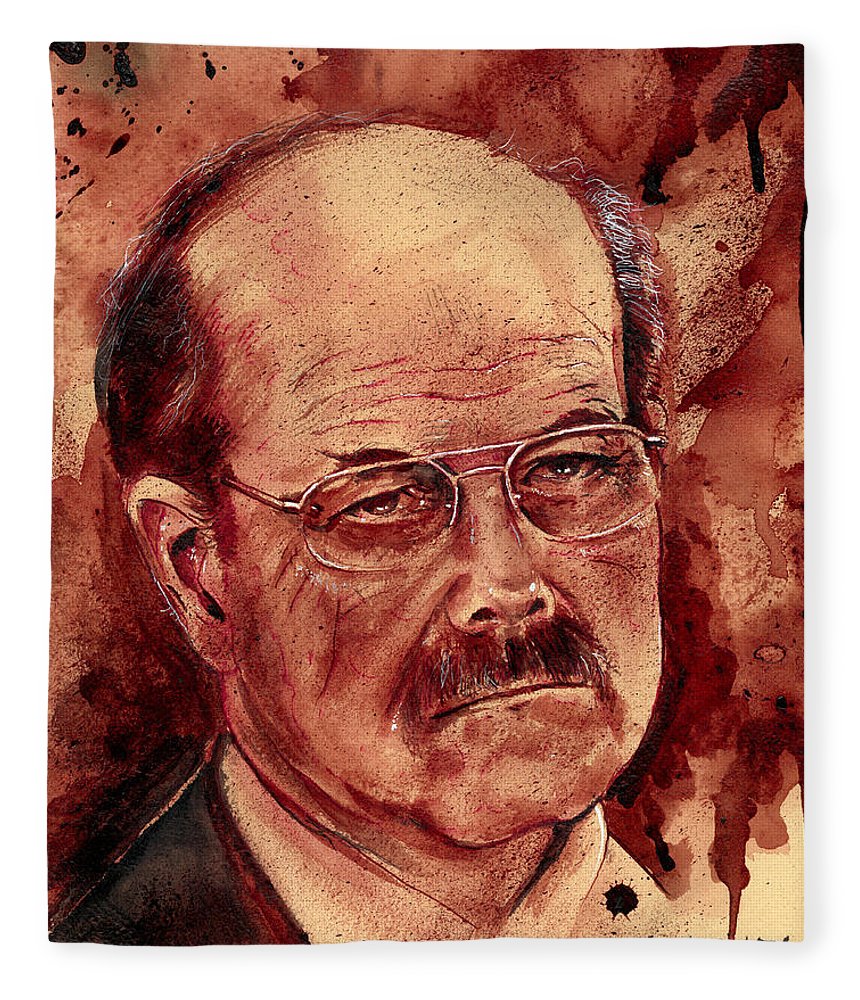 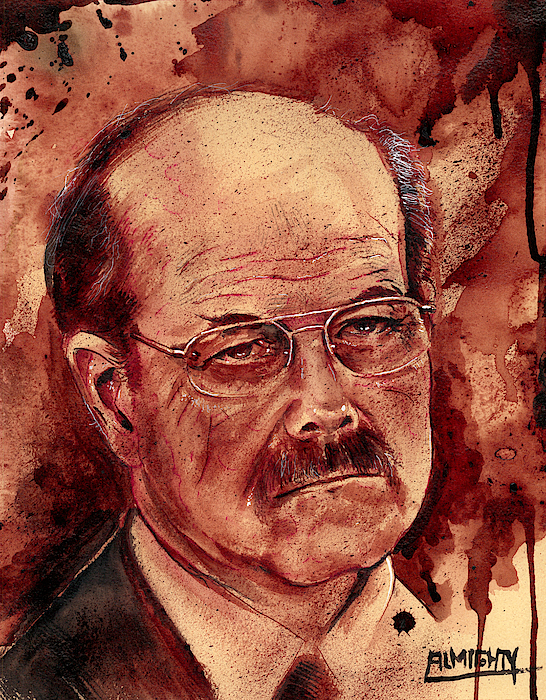 This portrait was done after a written request by Rader and his penpal to Ryan Almighty to paint his portrait usin penpal's blood. Rader later... more

Congratulations on your sale

Congratulations on your sale!

Beautiful and Congratulations on your recent sale!

This portrait was done after a written request by Rader and his penpal to Ryan Almighty to paint his portrait usin penpal's blood. Rader later recanted his request after Almighty requested a hair sample for the portrait .. The portrait was done anyway using artists blood.. Dennis Lynn Rader (born March 9, 1945) is an American serial killer known as BTK or the BTK Strangler. He gave himself the name "BTK" (for "Bind, Torture, Kill"). Between 1974 and 1991, Rader killed ten people in the Wichita, Kansas metro area. Rader sent taunting letters to police and newspapers describing the details of his crimes.[1][2][3] After a decade-long hiatus, Rader resumed sending letters in 2004, leading to his 2005 arrest and subsequent guilty plea. He is serving ten consecutive life sentences at El Dorado Correctional Facility in Kansas.