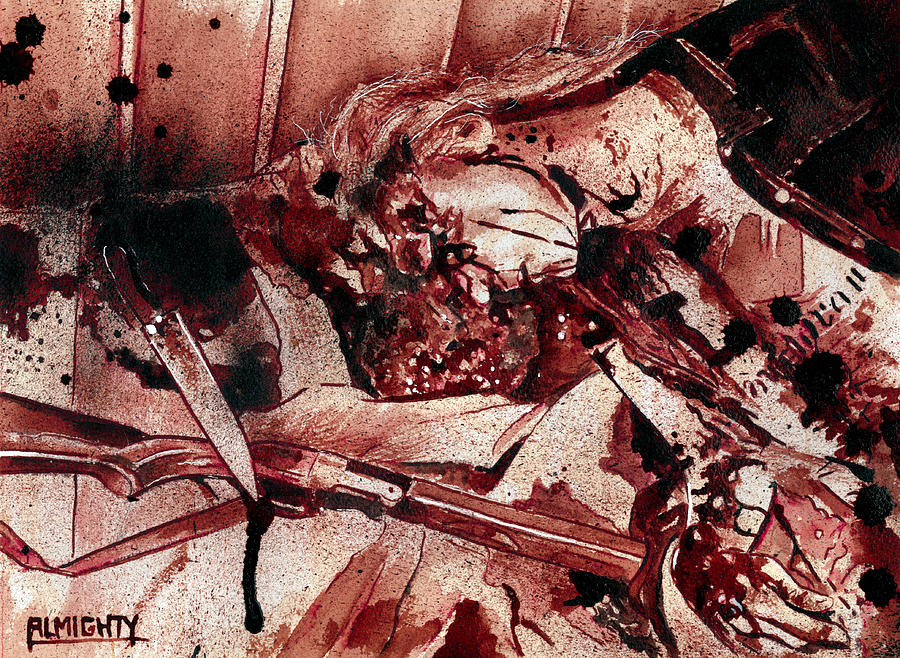 Tribute to Dead from Mayhem

Per Yngve Ohlin (16 January 1969 – 8 April 1991), better known by his stage name Dead, was a Swedish black metal musician, best known as the lead vocalist and lyricist of the Norwegian black metal band Mayhem from 1988 until his death in 1991. He also performed as vocalist of the Swedish death metal band Morbid on their demo December Moon. Dead was a popular figure of the Norwegian black metal scene. Roadrunner Records ranked him No. 48 out of 50 of The Greatest Metal Front-Men of All Time.[1]

Dead died on 8 April 1991 by slitting his wrists and throat before shooting himself in the forehead with a shotgun.[2] He left a brief suicide note, with the first sentence on the note being: "Excuse the blood". His bandmate Euronymous took a picture of Dead's corpse, which later became the cover for the bootleg album Dawn of the Black Hearts.[3][4][5] His death marked a turning point in the history of the black metal scene which led to a wave of erratic behavior by the scene's members